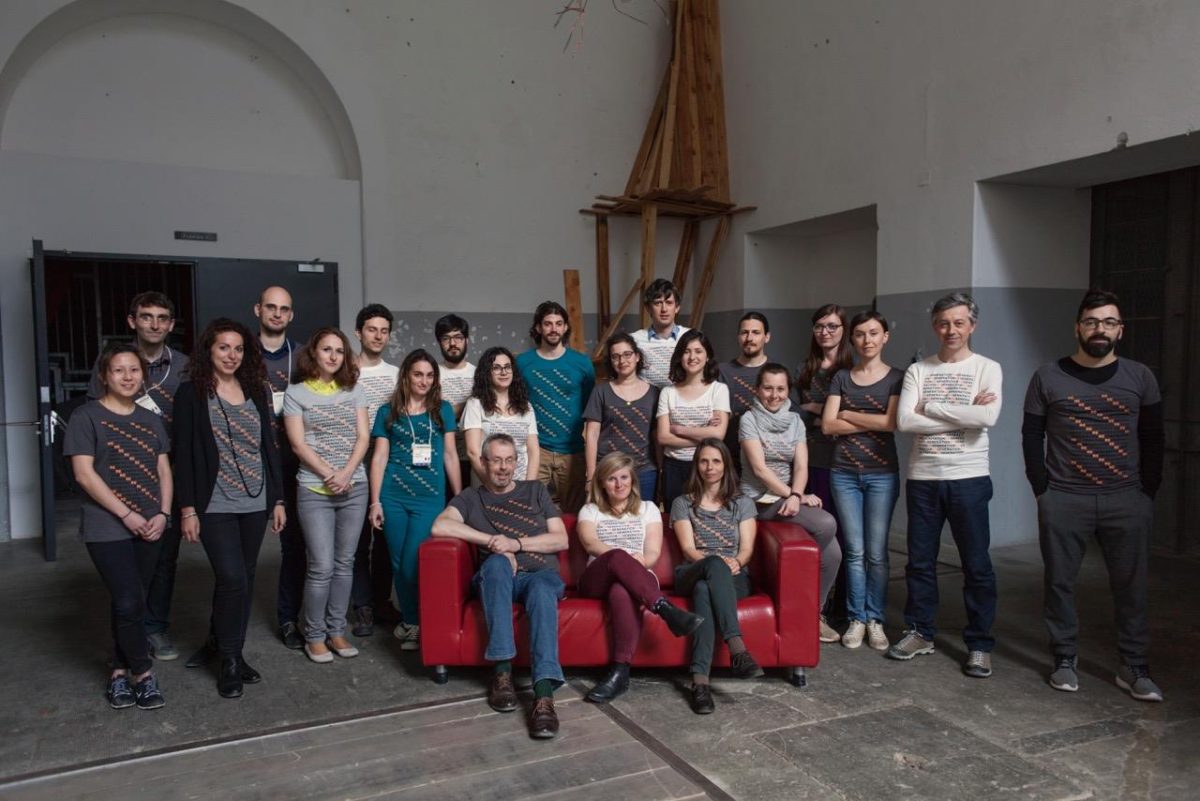 Last weekend, the second edition of the REGENERATION 64h design competition came to an end.

The yellow team, one of the three teams of architects and engineers participating, won the contest with the best renovation project for the chosen building: the historical bus station of Arco (Trento). The project follows the principles of the Living Building Challenge (LBC) for sustainable design, and it was named “Rocky Station” project because it includes a climbing wall adjacent to the building that honors one of the reasons why Arco is famous, mountain climbing.

The project is also remarkable in terms of how the team solved the problem of water recycling (part of the LBC philosophy). The building will use only rainwater and will recycle it without the need to be connected to the water system. There will also be some co-working spaces, no architectonic barriers and a hub for bicycles.

Our ECONYL® yarn, in the form of a carpet by Interface, is included in this project thanks to the sustainability features that our regenerated yarn can offer compared to other similar ingredients. We presented the ECONYL® story to all three teams of architects, and they had the chance to touch and see both the waste material that we use to manufacture the ECONYL® yarn and the final products that are possible to make, like the Net-Works™ collection of carpet tiles by Interface.

The closing event of the REGENERATION competition was a great conference organized by Macro Design Studio on the morning of April 16th.  The opening talk was by Amanda Sturgeon, who explained the basics of the Living Building concept and talked about biophilic design. Then it was Martin Brown’s turn to talk, and he focused on the first Living Building certified projects in the UK and provided numbers that give the sense of urgency to embrace a design change. The closing talk was by Emanuele Naboni who presented  some projects of architectural solution studied by students of the Royal Danish Academy of Copenhagen and developed in extreme environments (like the Amazonas, the Artic, deserts).

The whole conference was an eye-opener on new steps and the future of sustainable design following the Living Building Challenge. For the winners of this year competition, congratulations! We will follow how the project will be adapted and hopefully how it will come true.

Designing for the Future: Investing in Innovative Design with Students at the Parsons School of Design read more