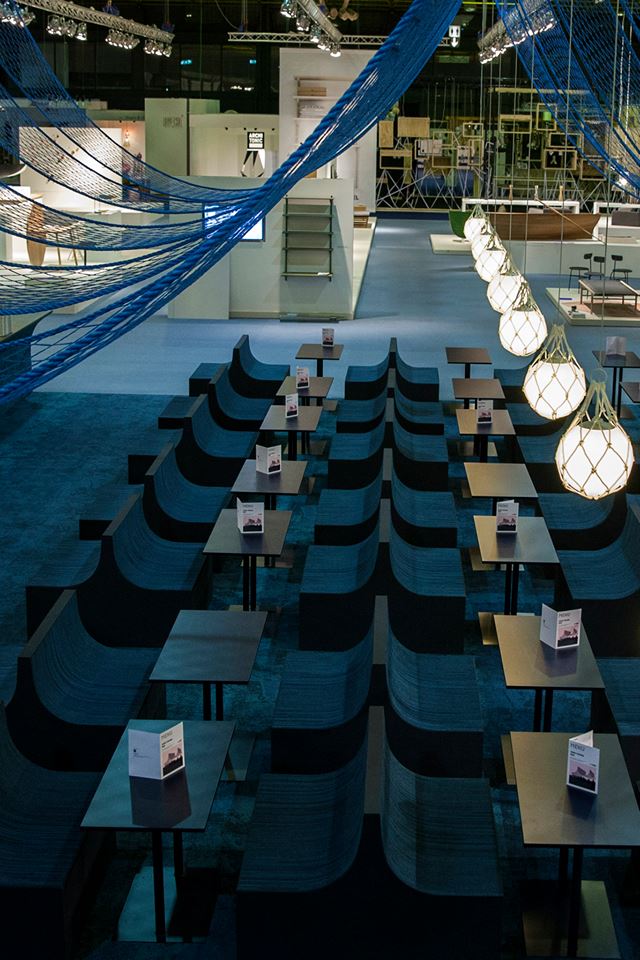 Interface won the “space category” at Biennale Interieur 2014 in Belgium for their creation of a cutting edge bar concept. Interface was recognized as the winner in a group of five finalists with their concept that was built in Hall 3 of the exhibition.

The bar was designed by the Swedish team of Charlotte Ryberg, Fritz Håkon Halvorsen and Marcia Harvey Isaksson. The team sought inspiration from classic fishing gear and ocean waves – two things which play a vital role in Interface’s Net-Works(TM) program. The materials the team chose to use for the floors, walls and furniture were supplied by Interface and were made using ECONYL® regenerated yarn.

The bar was also the right occasion for Interface to create awareness to the problem of abandoned fishing nets and the Net-Works program, developed in partnership with Zoological Society London and Aquafil. Net-Works was created to recover and regenerate fishing nets into new yarn for beautiful carpet of Interface’s Net-Effect Collection, which was on  display at Biennale.