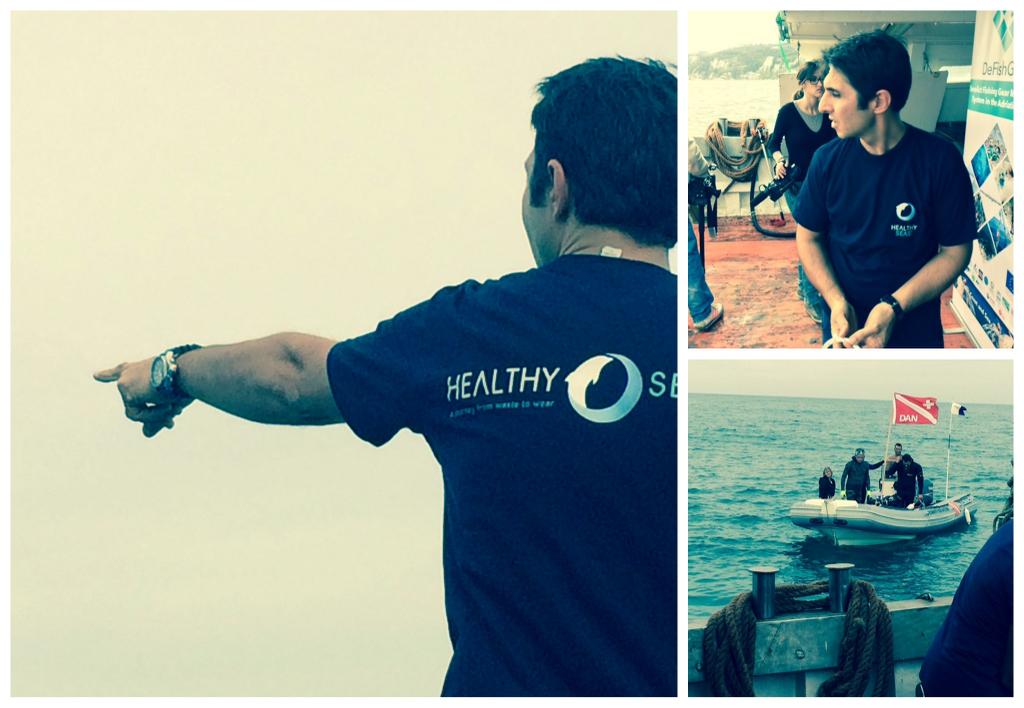 With the Italian Port of Ancona promoted as national ‘collection point’ and trawl vessels becoming involved for the benefit of the environment, the Adriatic Sea becomes a pioneer throughout the Mediterranean for the recovery and regeneration of abandoned fishing nets lying on the seabed.

This initiative is made possible thanks to a unique partnership between researchers, divers, fishing industry operators, NGOs, local governments and industry, presented today during a formal kick-off by the two promoters: the DeFishGear project and Healthy Seas. The DeFishGear project is funded by the EU-IPA Adriatic cross-border programme, and aims to free the Adriatic of plastics. Healthy Seas is an initiative that has started similar activities in the North Sea; it was established by the Aquafil Group (a global player in the production of Nylon 6), the ECNC Land & Sea Group and Star Sock.

Satisfaction with this positive synergy is unanimous, as emphasized by Paul Pelusi, President of Consorzio Mediterraneo, the Italian partner of the DeFishGear project. “It’s a significant milestone, but also an important starting point to strengthen the instruments and, more generally, the culture of sustainability for the conservation of our sea.”

As pointed out by Paul Pelusi, in addition to the action for the recovery of abandoned fishing nets, the actions of the pilot project, which will also involve the ports of Chioggia, Cattolica and Molfetta, “are of great importance, because for the first time on a multi-regional scale they allow the collection and exploitation of fishing nets that are disused and replaced by fishermen because they are no longer usable. This is a doubly virtuous solution that not only allows the disposal of this waste, but also its enhancement through new uses of the raw material.”

Fabrizio Calenti, Executive Director of Aquafil, the Italian partner of Healthy Seas, said: “As a company we have been committed to the Healthy Seas initiative since March 2013. This has allowed us to collect more than 50 tons (20 tons only in 2013) of abandoned fishing nets so far, and we are very happy that now also the Italian Adriatic is part of this. On behalf of Aquafil we are proud to give our contribution to this initiative that will, also in Italy, transform the abandoned fishing nets into ECONYL® yarn, the raw material used to create new products such as hosiery, swimwear, underwear and carpets.”

Satisfaction was expressed by Simone Cecchettini, Head of Lega Pesca Marche: “This initiative not only legitimizes the full title and interest of the fishermen to act as guardians of the sea, but also demonstrates the great potentialities in the diversification of the business towards environmental services. Developing the active presence of the fishing industry in the protection of the seas is a strategic objective for which, at a national level, the fishing coordination of the Alliance of Italian Cooperatives (comprising the three Italian cooperative confederations AGCI, Confcooperative and Legacoop) intends to open a discussion with the Ministry of Environment. Towards a sea defence policy that is with and not against fisheries.”