MEDIUM – Why we are big fan of ‘regeneration’, and you could be too 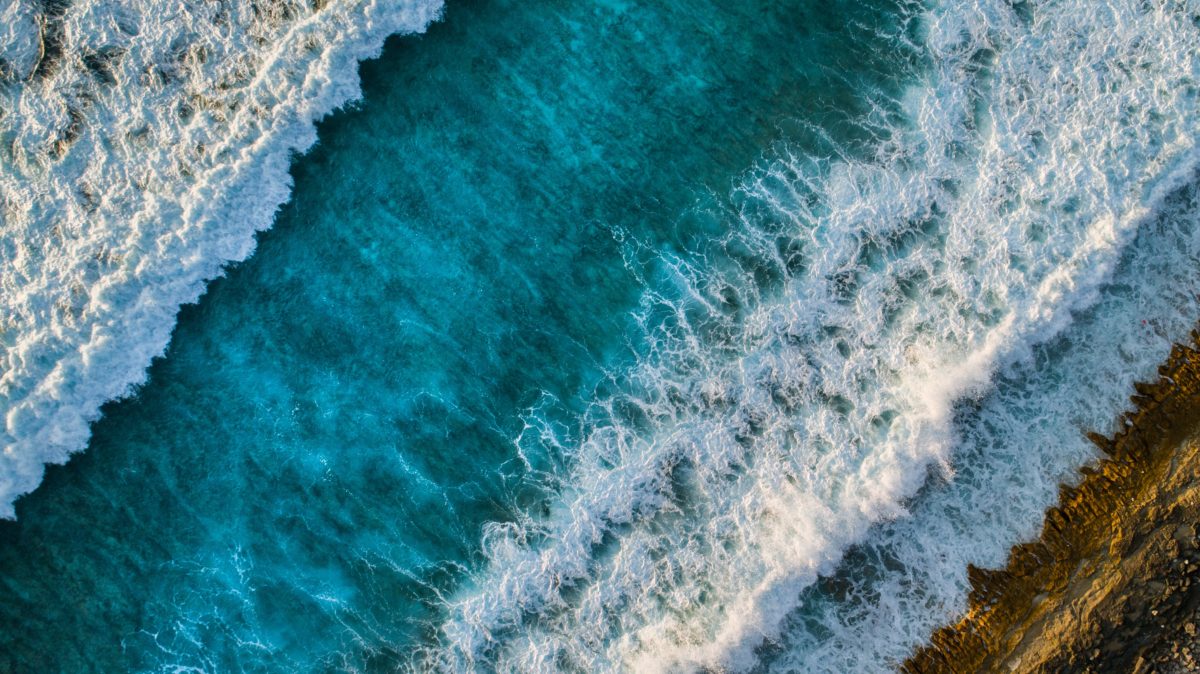 Photo by Shifaaz shamoon on Unsplash

We get this question over and over since the beginning of our journey. What do you mean by ‘regeneration’?

We started using this word in 2011 when we launched our ECONYL® Regeneration System, a process, unique in the world, that allows producing nylon from waste instead of oil. So, we called it a “regeneration” process, and we called the resulting fiber ECONYL® “regenerated” nylon.

We were always very convinced of the term, but people outside did not always agree. Many customers found the term confusing and unfamiliar to their large audiences, so they changed it to “recycling,” “upcycling” or “sustainable.” Flash forward to last year when we even had an amazing consultant tell us that we should consider abandoning the name “regeneration” because people had a hard time understanding what it meant and translating it to other languages. It was a tough decision, after all, we wanted our message to be clear and get to the hearts and minds of people, but we didn’t think any of the other possible words included enough of the values that were important for us and that were meaningful to understand our process.

So, in the end, we decided to endure and stick with “regeneration,” and we never doubted after that, that it was the right decision. But we had a great confirmation when we saw the new eBook by Innovation Group — the research, and innovation unit of the world-famous advertising agency J. Walter Thompson — titled “The New Sustainability: Regeneration.”

In the introduction the book explains how “the future of sustainability lies in regeneration: seeking to restore and replenish what we have lost, to build economies and communities that thrive, and to allow the planet to thrive too.”

There are many other champions of regeneration and regenerative systems, from visionary Buckminster Fuller to biologist Janine Benyus to architect William Mc Donough and chemist Michael Braungart or more recently Carol Sanford, Naomi Klein, Kate Raworth and Daniel Christian Wahl. But as Daniel Wahl puts it:

“Now that the marketing, communications and advertising industry have connected to the ‘regeneration’ meme, we can officially say that the awareness of regeneration is reaching the mainstream. Yet we are still at the beginning of our exploration of what regenerative practice will look like in all walks of life.”

We decided to stick to this term because of the incredible potential it has. We don’t know if, as some are saying, “sustainability” as a concept is falling short and people are looking for a new term. But we believe that this should not only be a new trendy word to use, but it should offer a framework to inspire profound change at all levels of society.

We reached the boundaries

The whole concept of regeneration is deeply connected to the planetary boundaries that we are reaching and overtaking in these latest years. There is no shortage of data and figures that we can share about how we consumed and reached the limits of nature’s capability of restoring or regenerating itself. We are currently consuming resources at 1.7 times the world capacity and designing the majority of our products for a linear lifespan so that only 6% of materials globally are recycled. 60% of our ecosystem is already degraded or used unsustainably and 33% of soils are highly degraded due to erosion, nutrient depletion, acidification, and salinization. Recent studies have calculated that humanity has wiped out 60% of animals since 1970. We literally have reached the limits.

How “regeneration” comes in?

“Regeneration” is a concept that is full of promises and hope because it accommodates within itself the notions of change, renewal, reawakening, redemption and being reborn altogether. The idea is that what is destroyed, spent, old, obsolete or torn away can return to be whole and can be “like new” thanks to a process that can reactivate its essence or even improve it. Sounds magic?! It is. And another great aspect of this is that it can be applied to everything: from inanimate things to processes, to organisms, societies or people, because everything is connected into a whole gigantic system. It’s not about doing less harm or maintaining things as they are but it’s about restoring habitats, replenishing stocks, improving and rebuilding supply chains, industries, companies, communities and cities that flourish.

Janine Benyus once said that “life creates conditions conducive to life” referring to the fact that “organisms that survive on this planet are the ones that ‘obey’ the laws of physics and respect the limits and boundaries of the earth’s resources”. Nature is able to regenerate itself and keep a balance into the connected systems, but we have broken this and now our footprint is so high that natural regenerative processes cannot “cover for us” anymore. Regeneration can be a framework to organize ideas, make sense of the world and inspire us.

Recently Naomi Klein talked about regeneration in her ‘This Changes Everything’, comparing it to resilience “though certainly one of nature’s greatest gifts — [resilience] is a passive process, implying the ability to absorb blows and get back up. Regeneration, on the other hand, is active: we become full participants in the process of maximizing life’s creativity”.

William Mc Donough and Michael Braungart pushed the vision for the future even further picturing such a world:

“Materials and products designed as nutrients can actually make humanity a regenerative force. Industrial sites can restore landscapes and invite the return of native species. Building can purify water and create more energy than they consume. And nutritious material flows, while supporting life systems, can provide more people with more of what they need and love.”

For all these meanings and values, we chose the term regeneration for our process, and it is also why we won’t change it easily. Our business used to be one that was heavily dependent on oil extraction and that had a big footprint on the planet. With our process since 2011, we are trying to change the way things are and create a new path forward. Our ECONYL® process can take nylon waste like fishing nets or old carpets and transform them through a chemical regeneration that unzips the molecules to go back to the raw material. This process of going back to the essence of the material is what allows us to take a black gigantic fishing net or an old spent red carpet and turn them into a transparent filament that can be used for a fine fabric that goes onto the latest runaway at Milano Fashion Week or into a spectacular carpet decorating the hall of an eco-friendly hotel. And there is no limit to the endless possibilities of this process because we can transform waste into a nylon that has the same quality as virgin nylon with no degradation in the process. Moreover, the nylon can be regenerated infinitely so you can create new products and buy new products without ever having to use new resources. Thus, plastic can become its own raw material in an infinite cycle.

A butterfly is growing!

If we haven’t convinced you on how powerful regeneration can be, let’s leave it to this story that we all know about and that is told in the book ‘Be the Change’ by Trenna Cormack as an interview she did with Dr. Elisabet Sahtouris, evolution biologist and futurist. It is a powerful metaphor for our future, the regeneration of our planet and our way of living.

It all starts with a caterpillar that eats hundreds of times its weight in a day and becomes too bloated to continue, so it hangs itself up somewhere. The skin hardens into a chrysalis, and here the most amazing battle begins. It’s a debate between the immune system of the caterpillar and a bunch of new cells forming and growing within. In the end, the immune system of the caterpillar fails, and the new cells develop into a butterfly. Something similar is happening while we are talking. The new generations of young people are promoting a new genome of values and of good practices that hopefully will replace the unsustainable ones we have today. This will not only sustain life on earth in the future but hopefully will improve it. That’s why we believe so much in regeneration!