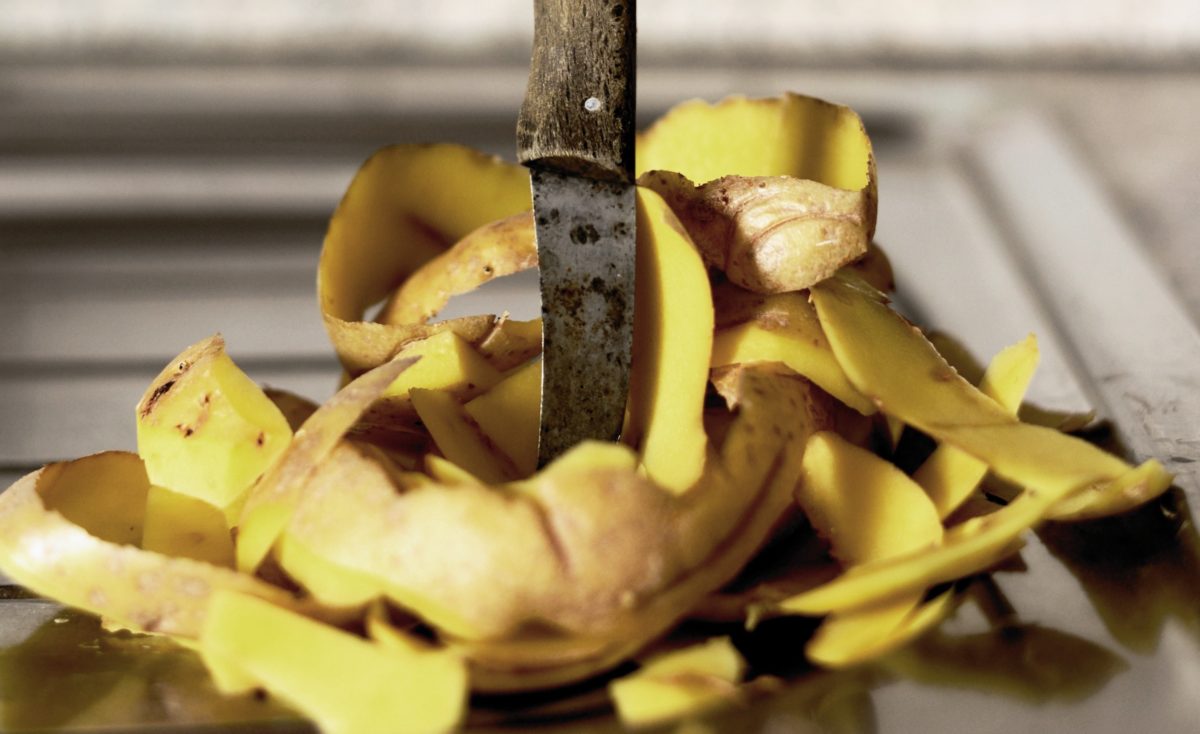 A new report from the United Nations Environmental Programme revealed that 17% of food from households and businesses globally in 2019 was used to feed landfills and incinerators rather than human mouths.

That’s enough to fill 20 million household bin bags and lay them end-to-end from New York City to Los Angeles four times. Left to decay in toxic garbage mountains, those 900 million discarded tonnes are destined to generate catastrophic amounts of methane, potentially 84 times more potent than carbon dioxide, and contribute to the growing total of global greenhouse gas emissions, 8 to 10% of which food waste is already responsible for.

The UN says food loss and waste would be the third top greenhouse gas emitter if it were a country. In 2019, its General Assembly even declared 29 September as an International Day of Awareness of Food Loss and Waste. But thanks to an increasing number of creative minds reimagining problematic industries, agro-food byproducts are now meeting a better fate.

Take, for instance, Vegea, an Italian company that turns waste from the winemaking process into plant-based leather. According to the UN’s Food and Agriculture Organization, the global wine industry produces about 14 million tonnes of pomace (grape waste) annually. Once the fruit is drained of its juices, the 20% that remains in skin, seed, or stem form would be deemed useless were it not for Vegea. The brand’s textiles made from wine industry biomass have been used to make shoes and bags for H&M’s Conscious Exclusive collection, which has also featured Orange Fiber’s cellulose fabric made from citrus peels. The Italian company, a 2015 recipient of H&M’s Global Change Award, turns juice byproducts into faux silk and has collaborated with luxury fashion house Salvatore Ferragamo.

One of the most prominent examples of food waste fashion, perhaps because it’s one of the oldest, is Ananas Anam’s brainchild, Piñatex. Creating mock leather from discarded pineapple leaves since the ‘90s, the company says upcycling the leaves creates an additional income stream for farming communities in the Philippines. Whereas Piñatex leather is natural, cruelty-free, and biodegradable, its animal-derived counterpart has been criticised as one of the least sustainable materials on account of the cattle industry’s notorious methane outputs and copious water usage.

While the textile sector has only just discovered the inedible value of wine grapes, pineapple leaves, coconuts, and mushrooms, food ingredients have been a staple of beauty since its dawn. Still, a 2020 study titled “Feeding the skin” revealed that food is being used in cosmetics and personal care products more than ever.

“Due to the recommendation of the circular economy implementation, an approach to economic growth that is in line with sustainable, environmental, and economic development, a large number of food industry wastes are being recovered as added-value products by more sustainable and innovative extraction processes to be incorporated into cosmetic products, amongst others,” the study states. Some of the beauty brands carrying out that sentiment include UpCircle Beauty (skincare made from coffee waste), FRUU (lip balms), BYBI (skincare), and Further (whose signature candle is made with purified waste grease from Los Angeles restaurants). The waste these brands save from landfills, however, pales in comparison to that generated by the most-wasted produce item. That is, of course, the potato.

According to the FAO’s 2019 State of Food and Agriculture report, roots and tubers alone were responsible for more than a quarter of all waste, worldwide, from post-harvest to distribution, and they account for the second largest portion of household food waste in the U.K. One major problem? Crisp manufacturing. In Switzerland, up to 55% of potatoes wind up in landfills due to overproduction and the largely inefficient snack industry.

Researchers at Tezpur University in India, the third largest potato-producing country in the world, found that frequently wasted potato peels had just the right combination of starch, cellulose, hemicellulose, and fermentable sugars to be turned into biopolymer films for food storage. Now, Chip[s] Board, based in London, creates fibre-reinforced bioplastics for eyewear, buttons, and more from the crisp industry’s byproduct.

Even this could be considered a minor win when you consider the grand feat of liquifying food waste for biofuel to power entire cities. “Since food waste is considered zero cost material it is possible to develop cost-effective commercial methods for the production of biofuel using lipid and carbohydrate generated from food waste,” one study from 2014 concluded. Within a decade, major U.S. cities like Los Angeles, Salt Lake City, Philadelphia, and New York City have either developed or plan to develop the infrastructure to do just that.

The U.S. has been called the world’s top food waster — throwing away more than 35,000 tonnes per year — and it uses the most electricity per capita than any other country except China. Recent studies note the technological challenges of turning food waste into electricity, but the resource is quickly becoming a key player in the league of sustainable energy.

It’s important, the UN’s Environmental Programme’s 2021 report notes, to also tackle food waste at the consumer level as more than half is wasted by households, not farms or corporations. Tips for minimising food waste at home include planning meals and shopping lists ahead of time, freezing leftovers, blending or baking produce that’s on the turn, and simply spreading the word. According to the U.S.-based nonprofit ReFED, standardised date labeling, packaging adjustments, and consumer education could single-handedly prevent more than 2 million tonnes of greenhouse gas emissions.