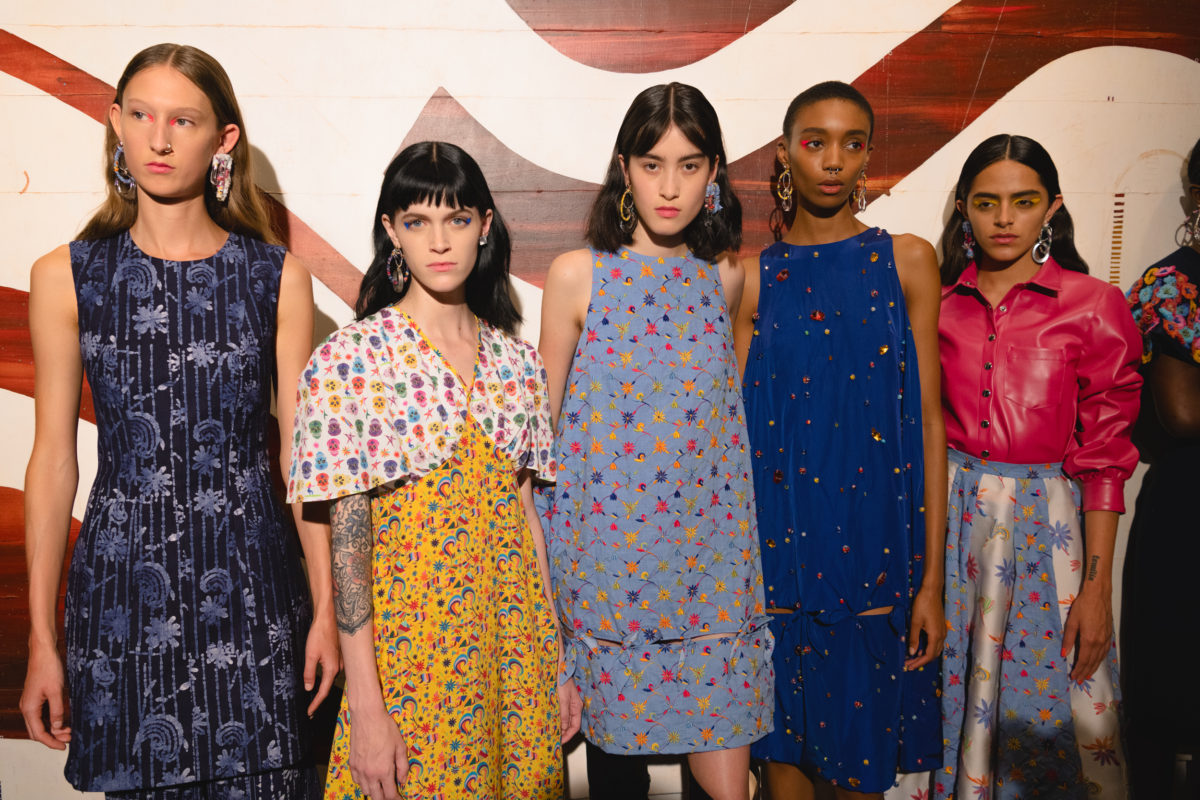 JONATHAN COHEN began with a single image, found by chance, of a traditional Mexican serape blanket reimagined to resemble an American flag, its electric bands of pink, green, red and yellow set against a deep blue square of fifty paper-white stars.

As a child in San Diego, he never felt that he lived in a border town. To him, the line between Tijuana and California didn’t exist. His family is originally from Mexico City, and they were constantly traveling back and forth between countries. Growing up, these crossings were seamless—a beautiful blur of colors and cultures that inhabited his imagination as one place, not two. The idea of oneness, of a borderless existence, is something he has always carried with him. But never before has it felt more inspiring.

This collection is an expression of a fluid state: the integration of the formal, embellished beauty of Mexican art, food and textiles with the urban, relaxed rhythms of California. He remembers summers spent with his cousins and grandmother in Acapulco and the simple pleasures of the ocean, fresh fruit and the delicate fragrance of dahlia blooms. As a teenager in La Jolla, each morning he would observe surfers in the parking lot of his public high school—the one immortalized in Tom Wolfe’s 1968 book “The Pump House Gang”—just a block from the beach, peeling off their wetsuits before class.

You’ll see manifestations of these memories in the prints he has hand-drawn: día de los muertos skulls, embroidered flowers with petals in the shape of longboards, the California blue jay and grizzly bear, floral jacquards and crocheted knits. There are one-of-a-kind pieces designed in collaboration with Kilometre Paris, embroidered by artisans in Mexico City and certified organic denim washed with non-toxic enzymes. A cocktail dress cut in ECONYL (100% regenerated nylon) embroidered with upcycled Swarovski crystals and a skirt made entirely of fabric from past seasons are also important meditations on the type of house we want to be: one that is responsible for and conscious of its impact on the world.

This is a celebration of identity, hope and doing one’s small part.