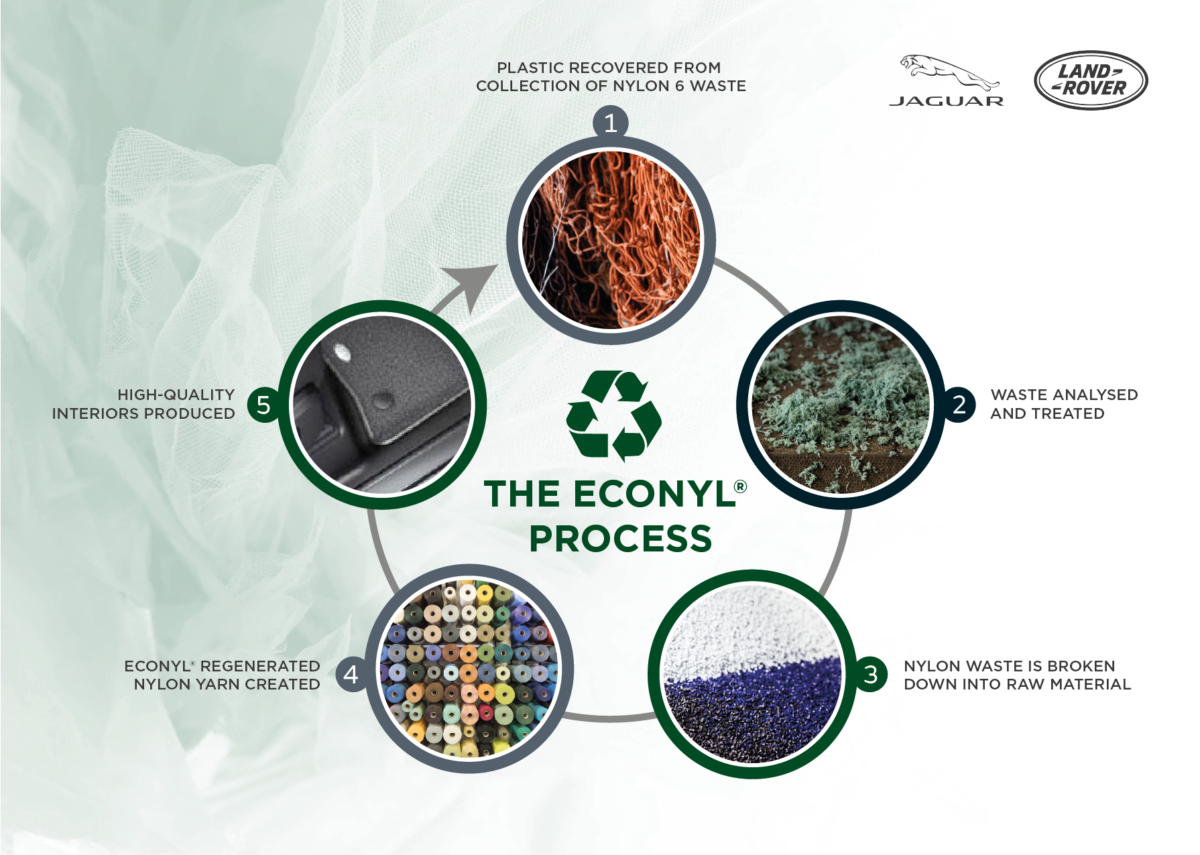 Don’t expect a dash made of milk jugs, though; the plastic is turned into a premium fabric called Econyl.

When most people think of Jaguars and Land Rover interiors, they likely think of generous lashings of leather, wood and plush carpets. Those are all lovely things, but this being 2020 and all, and the Earth’s climate being what it is, we should acknowledge that none of them are especially good for the environment.

Jaguar Land Rover is on the same page, because it announced on Tuesday that it would be offering interior finishes made from a material called Econyl, which uses recycled plastics from ocean waste and other sources as well as material off-cuts to reduce its carbon footprint by as much as 90%.

The company that makes Econyl is called Aquafil, and it claims that for every 10,000 tons of Econyl it produces, 70,000 barrels of crude oil are saved. That’s not bad, considering most of the component materials for Econyl were found floating in the oceans, strangling fish and clogging beaches.

It’s likely that JLR will end up using Econyl fibers for its carpets in the not-too-distant future, but it’s already no stranger to eco-friendly materials. For example, it already offers a eucalyptus-based textile on the Evoque, and the Evoque, Range Rover and I-Pace can all be specced with Kvadrat, which is a combination of wool and plastic-based suede.