Innovators have been experimenting with ways to reduce the environmental impact of jewels. Introducing the man-made diamond. It’s an affordable, sustainable alternative to its mined cousin. Or is it? 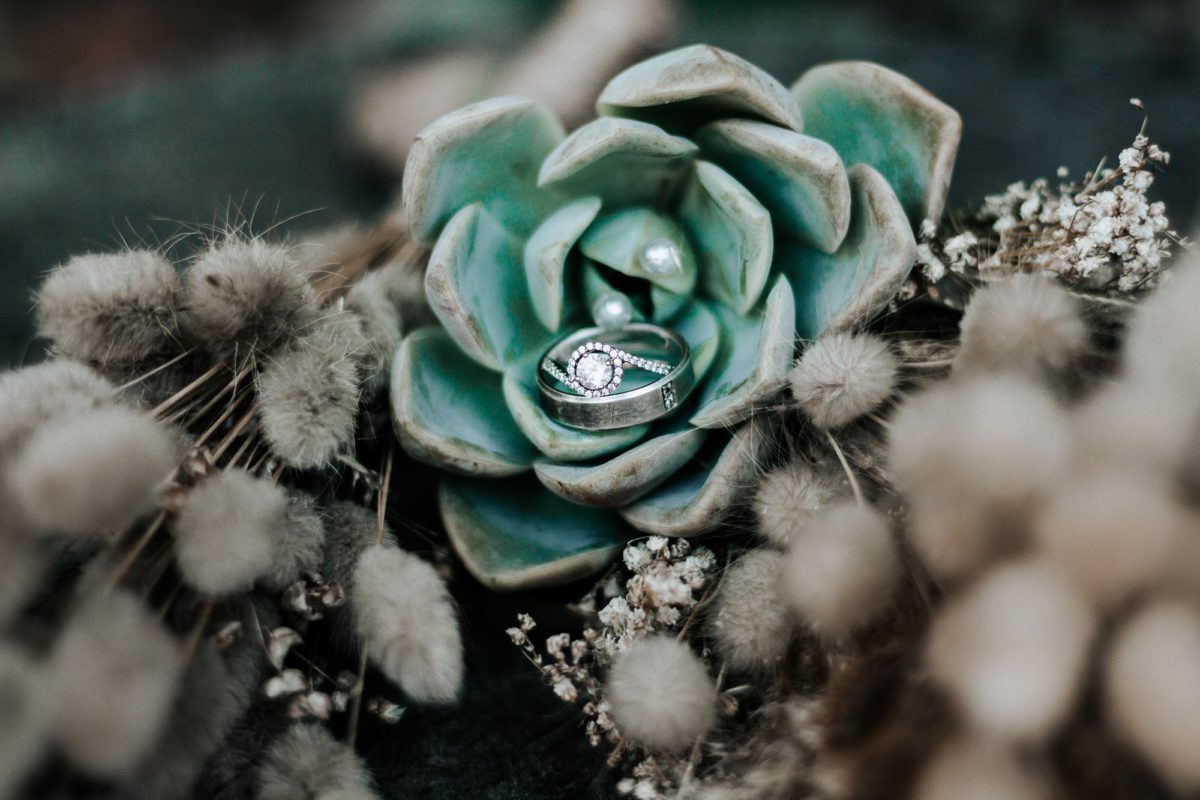 For the last 50 years, diamonds have been the go-to symbol for glamor, romance, and love. So much so that in the 1930s and 40s a legendary campaign – “A Diamond is Forever” – by De Beers company is still engraved in our hearts, and societies.[1]

But after love, when thinking of diamonds, the next word that comes to mind is, perhaps, blood. Diamond mining is a complex activity which requires energy and resources to extrapolate these from the earth, and has the potential to disrupt ecosystems, risking biodiversity loss.

This damage – which may contaminate water, soil, and air – happens through leaching, acid mine draining, and the release of pollutants (amongst other things), thus raising serious concerns in the public.[2] Not to mention the notorious “conflict diamonds” and how they continue to propel illegal trade and human violence in mining nations today.[3]

Against this backdrop, enter the lab-grown diamond. It’s presented as an affordable, ethical, and environmentally-friendly alternative to natural diamonds. But is it? Let’s take a look.

A new, greener breed of gems

A lab-grown diamond is “optically, chemically, and physically identical to a natural diamond,” explains Melissa Crivillaro from Lightbox Jewelry, a direct-to-consumer brand retailing man-made gemstones. “It is grown in a laboratory over a period of weeks rather than mined from the earth,” she clarifies.[4]

The process starts with a crystal seed, a tiny piece of a real gemstone (or sometimes nothing at all), and then raw carbon and energy are added in and mixed with state-of-the-art technology to replicate a genuine diamond’s natural habitat. In the end, out comes a man-made carat with enough brilliance to fool even the expert eye.[5]

If they’re built in a lab, and entirely sidestep the mining component, does this mean lab-grown diamonds have zero impact? Not necessarily.

“Lab-grown diamonds are the Wild West right now,” warns Paul Zimnisky, an independent gemologist. “Regulatory agencies don’t necessarily know how to deal with them yet and there is a lot of misinformation, with some companies marketing them as an environmentally superior product,” he cautions.[6]

Being the new field that it is, there are many questions left in limbo to properly discern the sustainability potential of lab-grown gems, starting with more transparency.

For context, a 2019 impact report by Trucost found that traditional diamond mining operations emitted an average of 160 kg CO2e per polished carat, equivalent to driving 640 km in an average gasoline-powered vehicle.[7] Lab-grown production, however, was estimated to emit three times more GHG emissions (511 kg CO2e) compared to one polished carat of a natural diamond.

This is because recreating an environment for diamonds to thrive in high pressure and extreme temperature conditions eats up vast amounts of energy and resources – these, in turn, often derive from fossil fuels or other non-renewable sources.[8] 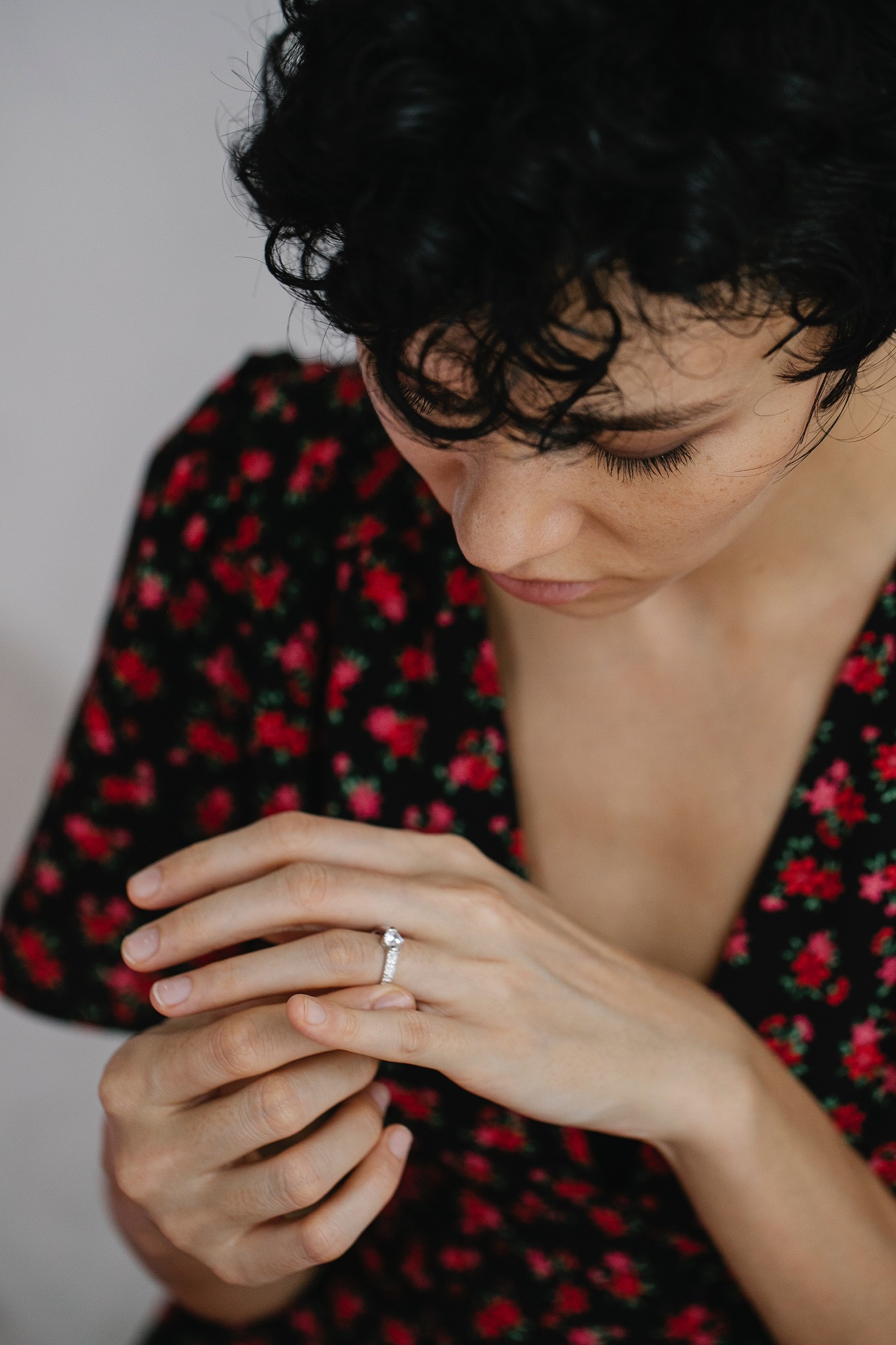 Steps towards a cleaner, brighter future

But it’s not all bad news.

Lightbox, the lab-grown diamond producer mentioned earlier, is taking steps to alleviate its footprint. In 2021, 50% of the energy they used to grow their diamonds came from renewable sources, with plans to reach 100% by the end of 2022. Their commitment, which resonates with other lab-growing pioneers, is to hit net zero carbon in the near future.[9]

On the flip side, conventional diamond mining has also made progress.

De Beers – the company behind “A Diamond is Forever”– is working on ways to sequester carbon in decommissioned mines. They also launched a traceability tool, the Tracr, creating a passport for each mined gem.[10]

In sub-Saharan nations, like Botswana, diamond industry profits are reinvested into education, healthcare, and housing for local communities, improving infrastructure and socioeconomic welfare.[11]

According to the World Diamond Council, the mines themselves are also changing. Excavation quarries have switched to solar panels, reducing emissions. The native plant life around a site is being harvested and seeds are replanted, helping preserve local biodiversity.

Mining projects also support wildlife conservation, like monitoring water quality and fish species in surrounding waterways, while employing local skills for rehabilitation efforts. To minimize waste, debris such as scrap metal is reused, while some oil and grease can be recycled directly onsite.[12]

Whilst progress on both fronts feels reassuring, there is still much work ahead. As consumers, we can do our part by holding jewelry brands accountable, whether grown or mined, by asking more questions and demanding more transparency from the diamonds we purchase today.

[5] “The sparkling rise of the lab grown diamond.” BBC. Available at: https://www.bbc.com/future/article/20200207-the-sparkling-rise-of-the-lab-grown-diamond

[10] “Sustainable Mining: The Handprint Is Just As Important As The Footprint.” Forbes, 2020. Available at: https://www.forbes.com/sites/katematthams/2020/07/29/sustainable-mining-handprint-as-important-as-footprint/?sh=4f27e9703570

[11] “Sustainable Mining: The Handprint Is Just as Important As The Footprint.” Forbes, 2020. Available at: https://www.forbes.com/sites/katematthams/2020/07/29/sustainable-mining-handprint-as-important-as-footprint/?sh=4f27e9703570

Eco Ideas to Cozy Up Your Home This Season read more