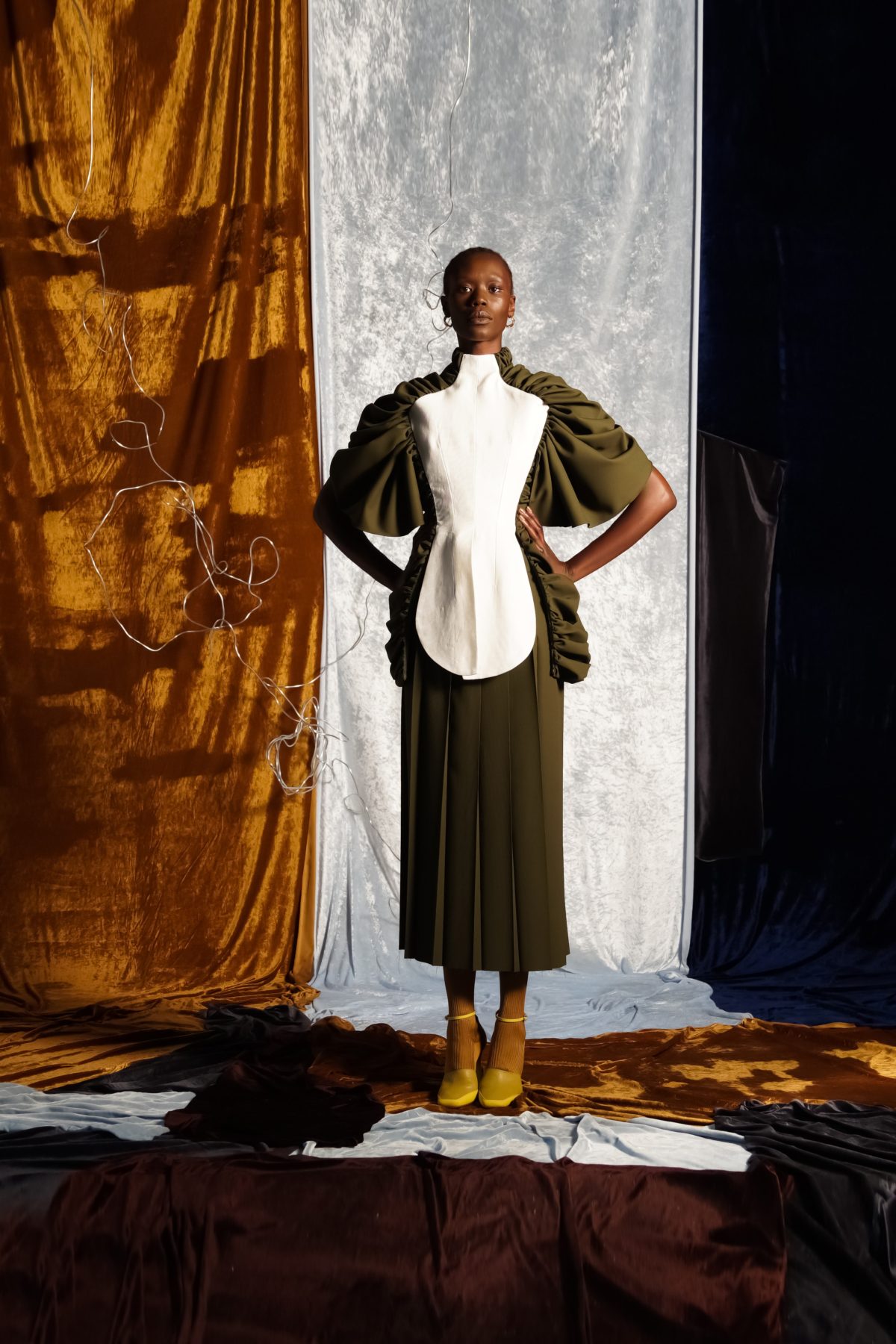 There was a period near the beginning of lockdown when an army of young London-based designers joined forces to combat the terrifying lack of PPE available to the UK’s hospital workers at the peak of the COVID-19 crisis. With something of a make-do-and-mend mentality, they each transformed their studio spaces into workshops where, using pattern pieces produced by the Emergency Designer Network, they would operate in isolation and stitch together scrubs for otherwise unprotected doctors and nurses. “They would give you 20 packs and a week to sew them,” explains Richard Malone. “But I’m a quick sewer so I’d finish them in three days and then spend the other two sampling things or making toiles.”

But, despite taking a forcedly novel approach to the collection’s design, the tenets which underwrite Malone’s brand remained firmly in place: not only his absolute dedication to sustainability (with looks formed from recycled yarns, bamboo tencel, econyl, and deadstock overmatter there’s plenty of that), but a desire simply to design fabulously original looks for his wealth of devoted clients. They are the women who he refers to as “patrons,” who invest in his pieces like artworks, and, accounting for over half of his business, keep him afloat. They are women acutely aware not only of their wardrobes but of the narratives they tell and the global impact of their consumption. “They don’t just want product, but the story behind it all: hearing where the fabrics and fibers and dyes come from, how the pieces are developed,” Malone explains. “It’s a luxury making these clothes for these women, who are hungry to know about the traceability and transparency of it all.”