From Aristotle to Amazon: How to Communicate Sustainable Attributes for Consumers’ Excitement

If done right, storytelling can be a powerful tool to drive audience engagement, turning sustainability insights into customer actions and business outcomes for the long run. 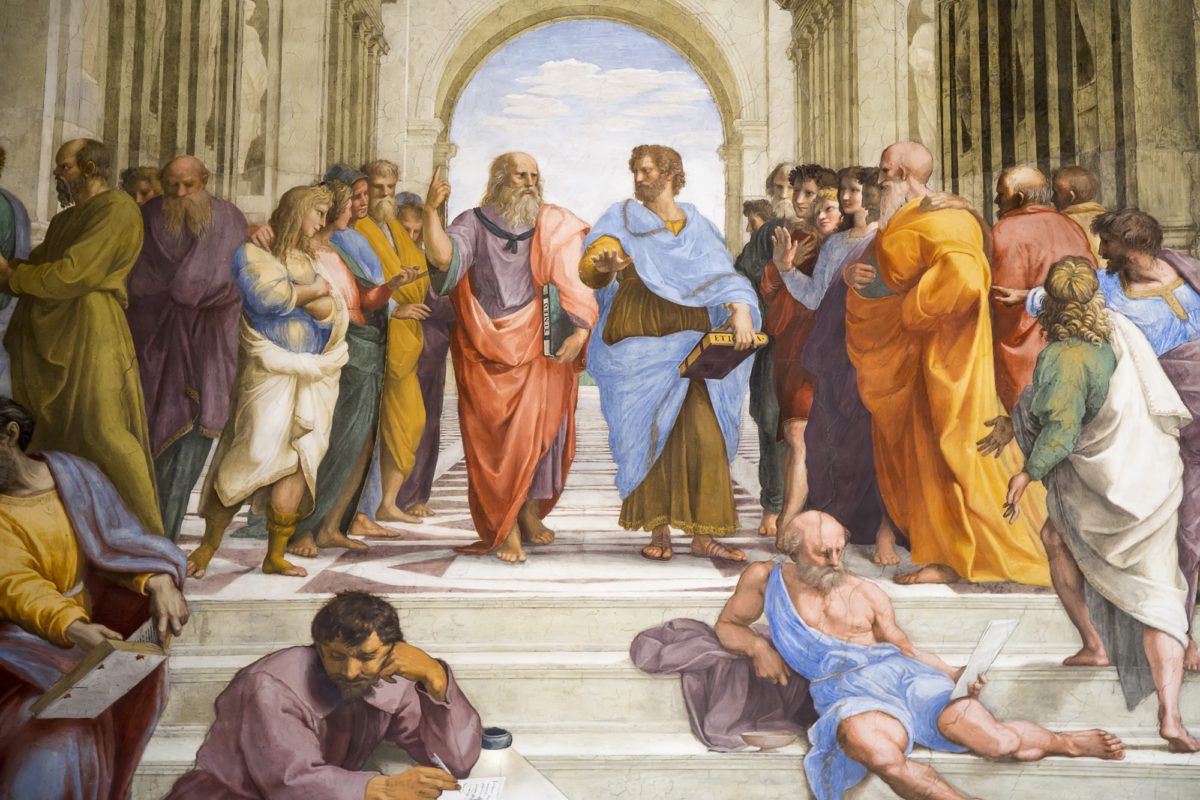 “Trying to get people to alter their behaviours and norms for something that doesn’t hurt the climate or giving up some really bad personal behaviours in favour of a better future for all, requires more than the presentation of facts and the adoption of new technology. It needs a story.” – John Thøgersen, economic psychology professor at Aarhus University and editor of the Journal of Consumer Policy.[1]

People yearn to dream, to escape. Storytelling has throughout our human existence captivated our minds, and by doing so, our attention. Stories, when properly narrated, can evoke a deeper reaction, creating powerful experiences. Greek master communicateur Aristotle called this notion “the appeal to pathos,” or emotions. With research and time, we have come a long way since the Greek classics, discovering new ways to tap into this potential.

When driven by data, well-reasoned stories can help communicate complex ideas, building trust in the process. By provoking thought and reflection, they become a force of persuasion, allowing the orator to build a connection and breach the most ardent barriers. A study by the Hanken School of Economics shows us that a well-crafted story can create positive associations with a brand and ultimately increase consumers’ willingness to pay (Figure 1).[2]

Participants in the research were subdivided in two categories: group one was introduced a brand (story) and group two was presented a product (non-story). Those in the first category talked more about the brand and behaved much livelier when making associations. Their voice and facial expressions expressed positive feelings and, most importantly, showed a higher level of brand affinity. Conversely, those in the product group were more impatient, irritated, and were ultimately more critical.[3] Not exactly the best consumer sentiment for business.

The study concluded that storytelling is an effective way of communicating the core values of a brand to all stakeholders, particularly end-consumers, who are now holding firms accountable for climate impact and environmental concerns. Unfortunately, humankind is riffled with dichotomies, and albeit we have invented the wheel and perfected it, we somehow forget about it.

A Crisis in Storytellers, and Misfocused Lenses

There are three main points emphasized by a study published by the Chalmers University of Technology, which need to be addressed in relation to the current status of the Circular Economy, and directly influences the way brands tell their stories today.

Firstly, it was noted that there is a crisis of imagination. Since people have never experienced carbon neutrality or “a circular future 2030,” not many can imagine it. Secondly, Circular Economy topics fail to include people from a wide range of social and cultural backgrounds. Migrants, minorities, people with disabilities, and housewives are frequently left out of the conversation – leading to an imbalance in awareness. Thirdly, circular communications by scientists and academia primarily focused on “tables, charts, facts, and a little storytelling” – until now.[4]

This is because when we communicate, too often the focus falls on the “what” within the story e.g., what are our brand values, what is our corporate message, what do we want our customers and investors to understand. When we do this, brands often deploy facts and figures. While this is important, the “what” does not connect customers on an emotional level. To do this we need to focus on the “why” i.e., why are we communicating this issue, why is it important?[5] 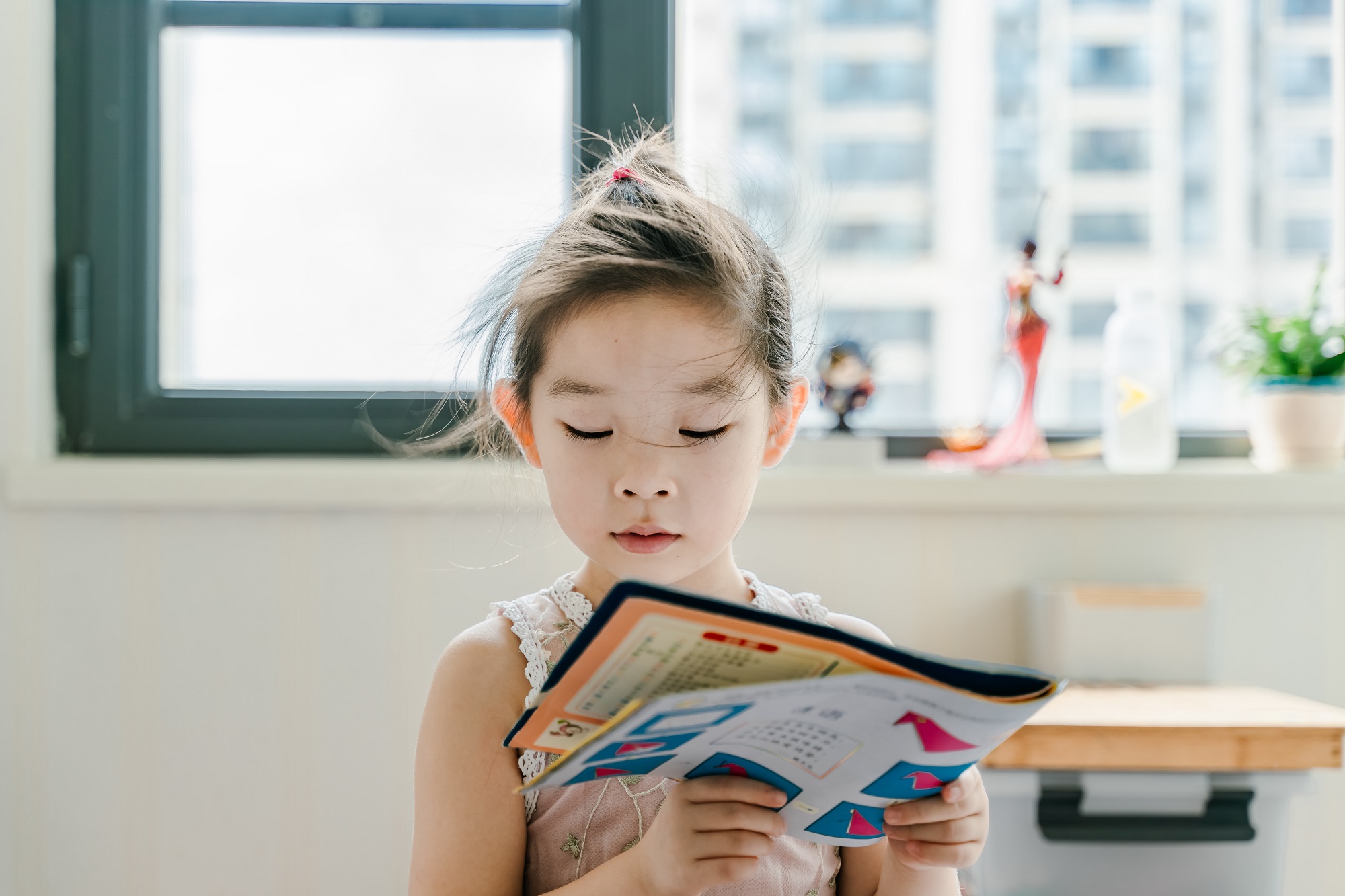 Stepping Up Our Storytelling Game

The plot centrality through history

“The first essential, the life and soul, so to speak, of a story, is the Plot,” once said Aristotle.[7] The plot defines why you are telling your story and dictates what your audience will experience, in essence bringing the first bearings of structure to chaos. Importantly, it includes a change of fortune that affects the main characters and will make your audience feel emotion(s), Pathos.

It is precisely this emphasis that made Aristotle one of the greatest storytellers of time. He used what the modern-day storytelling strategist refers to as the SCR Framework – the story begins with a Situation, which will be faced by a Conflict, and will finally evolve through its Resolution. Thus, structuring brand messaging, and refining the plot.

Stories that follow this framework empower the audience, render them the true heroes, capturing their imaginations, thus inspiring and galvanizing them into action. This is because the challenges faced by the hero become their own, and by solving the hero’s problems, they feel a sense of achievement and fulfillment. [8] This is much more alluring and relatable than passive-aggressive narratives guilting and brown-beating a customer into bidding.

A good case study is fashion brand Chloé.[9] Upon landing on the sustainability section of their website, it is apparent they avail themselves of the SCR Framework. Under their Manifesto section, the Situation is outlined for the reader, successively the Conflict is addressed in their Objectives 2025, and finally, Resolution is offered under the brand’s Approach and Pillars of Engagement. Let’s take a more detailed look in Figure 2.

As small and large businesses wrestle with the transformative demands of living and embodying sustainability in practice, the words, stories, and metaphors they use will be crucial.[10] Let’s see what other storytelling techniques are needed to stand out and authentically connect with skeptical consumers today.

What the thought-leaders say

Answers by interviewed experts to the question on How to become better in telling stories on CE? can be subsumed into two key points: 1) what to have in a story and 2) what to consider.

Experts in the above-mentioned research by Chalmers University pointed out that often “doom and gloom” stories of saving the environment can paralyze listeners. What a story needs are positivity and inspiration. A good example of circular stories are start-ups which incorporate inspirational narratives to inform and move people, which in turn are more stimulated to join their actions.

Researchers suggest the need to communicate CE’s complexity. This is because building viable circular models and truly sustainable brands are not cut-and-dry processes with solutions on a silver platter. Instead, the narratives should highlight the benefits of circular economics, whilst also warning on stifling the audience’s attention through technical details and sustainability jargon. Experts also recommend storytellers “should not exaggerate” the benefits of CE and avoid talking about it as the “end goal.” [11]

The way to do this is by offering something familiar to the listeners. It can be as simple as describing a jacket as long-lasting, rather than sustainable, or a material as natural, rather than organically sourced. Concreteness and specificity render the message relatable, and appropriable as one’s own.

Almost all interviewed experts concurred on the cruciality of knowing one’s audience when messages are tailored. Nancy Duarte, author of Resonate: Present Visual Stories that Transform Audiences, advises that brands need to “find common ground with the people to whom you’re presenting. Common ground helps create empathy; if an audience can relate to the story you are telling them, they’ll empathize with you and may begin to care.”[12]

However, storytellers cannot reach everyone with the same narrative and must make a distinction based on values, needs, wants, limitations, and mental models of listeners. Ignoring the audience’s real-life struggles, such as putting food on families’ tables will only prove tone-deaf, and ineffective.

The world is indeed diverse, thus the sustainable solution must be connected to their daily needs, as well as to the planet’s. For example, an effective story might be how buyers can save money while purchasing reusable options or regenerable products – with the narrative laser-focused on the added value of financial savings.[13] 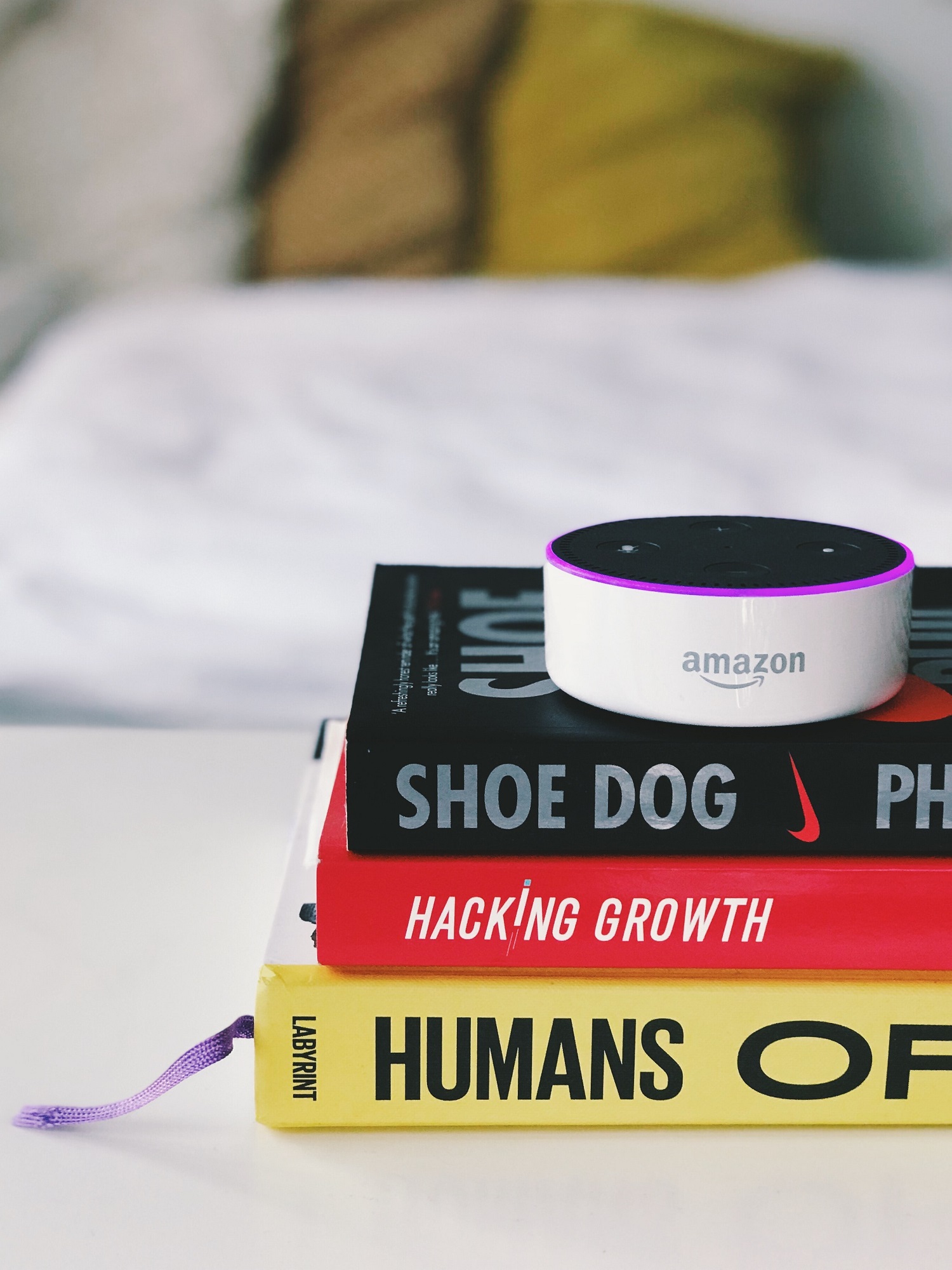 An Amazon case study, listening to your audience

Amazon, the S&P 500 third heavy hitter, is a grand example of storytelling in action. Its messaging is clear, concise, and relatable. Whether the audience is internal, or external. This should not come as a surprise, as one of Jeff Bezos’ core competences is storytelling.

On the home front, in a 1997 letter to shareholders Bezos narrated the vision for the brand, and what he wanted it to become. In 2004 the company took action and slide-based presentations were banned from senior leadership meetings – since then, written narratives are required.[14]

Externally, messaging not only focuses on what problems they are solving for their customers, they convey why it makes their lives better, clearly, and in simple terms. This is critical, considering Amazon gets all different kinds of people visiting their platforms.

Strong and simple messaging on what they have to offer, keeping the descriptions brief, and personalized on your consumers’ histories, without overcomplicating things, is the way to go. Let’s see this in action in India, from the International Journal of Research and Scientific Innovation.[15]

Fundamentally human behavior is emotion-driven. However, not all emotions can facilitate action in people. In fact, there are emotions which act as catalysts, whereas others can be barriers to change.

Hope, together with belief, inspires one to make a difference and with empathy can drive into action. Conversely, fear can paralyze into thinking that inaction is the best choice through hopelessness. A habitual routine – inertia – can keep people ignorant, but urgency and anger can create the space and movement into a new action. [16]

Tapping into these human powers will require today’s master communicateurs to bring Aristotle’s game to the next level. The audience, its purpose, and the brand’s day-to-day added value to their lives will have to be embedded into compelling narratives through which viewers will become the heroes, and spring into action for our planet.

[2] “The Impact of Storytelling on the Consumer Brand Experience: The Case of a Firm-Originated Story.” Hanken School of Economics. Available at: https://www.researchgate.net/publication/235985084_The_impact_of_storytelling_on_the_consumer_brand_experience_The_case_of_a_firm-originated_story

[3] “The Impact of Storytelling on the Consumer Brand Experience: The Case of a Firm-Originated Story.” Hanken School of Economics. Available at: https://www.researchgate.net/publication/235985084_The_impact_of_storytelling_on_the_consumer_brand_experience_The_case_of_a_firm-originated_story

[5] “Storytelling, a powerful tool in the quest for a circular economy!” URBACT. Available at: https://urbact.eu/storytelling-powerful-tool-quest-circular-economy

[10] “Sustainable Storytelling is a Powerful Tool that Communicates Vision.” The Guardian. Available at: https://www.theguardian.com/sustainable-business/blog/sustainable-stories-powerful-tool-communicates-vision

[11] “How to Communicate Effectively about Circular Economy with Virginia Cinquemani.” In the Loop Games. Available at: https://intheloopgame.com/podcast/how-to-communicate-effectively-about-circular-economy-with-virginia-cinquemani/

[12] “How To Use Storytelling To Captivate Any Audience.” Forbes. Available at: https://www.forbes.com/sites/carolinecastrillon/2020/01/28/how-to-use-storytelling-to-captivate-any-audience/?sh=1ee4c58e5c7d

[14] “Jeff Bezos Demonstrates the Power of Storytelling for Your Business.” LinkedIn. Available at: https://www.linkedin.com/pulse/jeff-bezos-demonstrates-power-storytelling-your-steve-anderson/